What would an oil spill mean for the Arctic?

As climate change warms up the planet, it is the Arctic where the effects are most pronounced. According to scientific reports, the Arctic is warming twice as fast in comparison to the rest of the world. That in itself is a cause for concern. However, as the region increasingly becomes ice-free in summer, making shipping and other activities possible, another threat looms large. That of an oil spill. 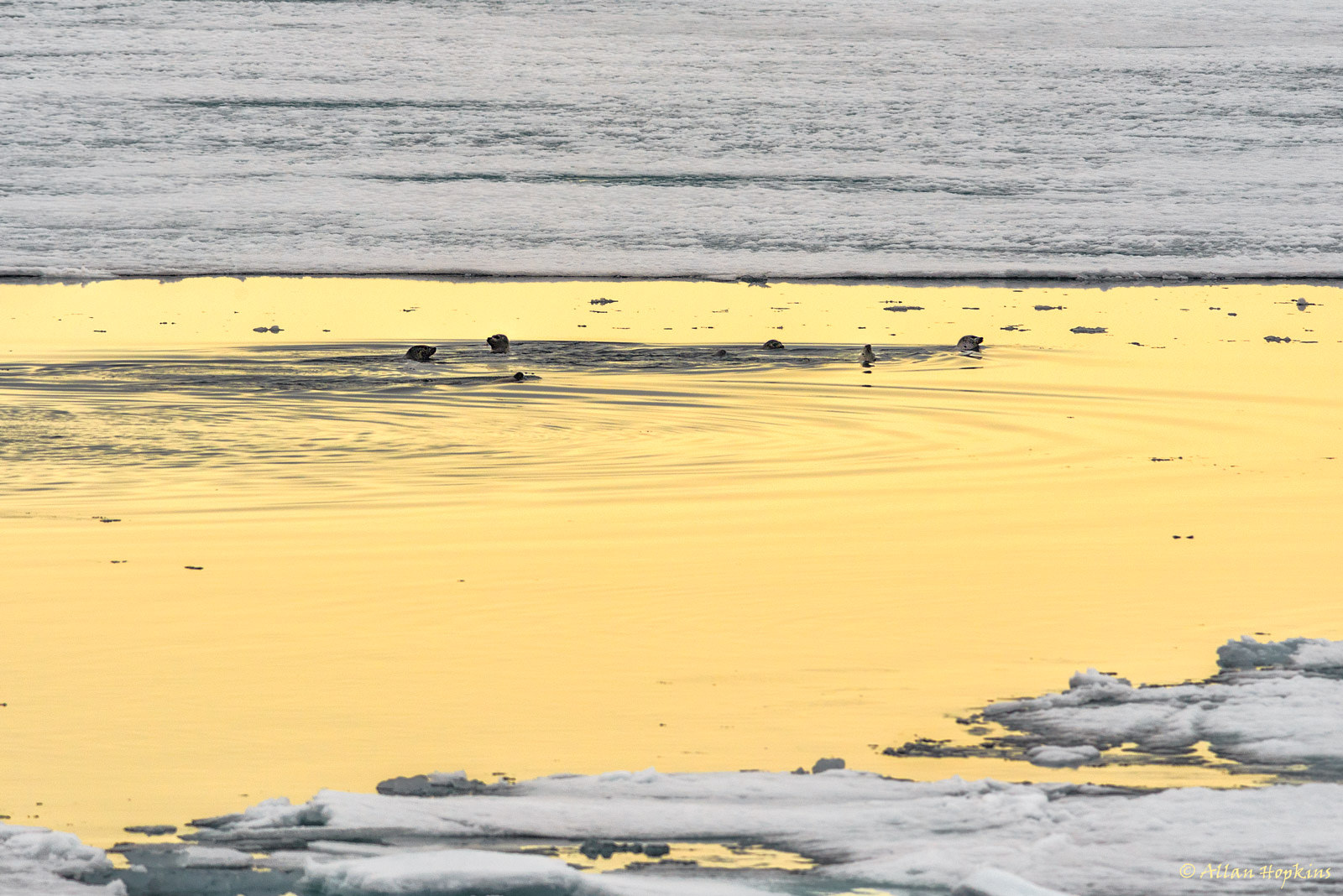 While it can never be good news, an oil spill in the Arctic could be particularly dangerous because of its sensitive ecosystem and harsh climatic conditions, which make a cleanup next to impossible. With an increase in maritime traffic and an interest in the untapped petroleum reserves of the Arctic, the likelihood of an oil spill increases significantly.

Maisa Nevalainen, as part of the 2017 Young Scientists Summer Program (YSSP), is working to assess the extent of the risk posed by oil spills in the Arctic marine areas.

“That the Arctic is perhaps the last place on the planet which hasn’t yet been destroyed or changed drastically due to human activity, should be reason enough to tread with utmost caution,” says Nevalainen

Although the controversial 1989 Exxon Valdez spill in Prince William Sound was quite close to the Arctic Circle, so far no major spills have occurred in the region. However, that also means that there is no data and little to no understanding of the uncertainties related to such accidents in the region.

For instance, one of the significant impacts of an oil spill would be on the varied marine species living in the region, likely with consequences carrying far in to the future. Because of the cold and ice, oil decomposes very slowly in the region, so an accident involving oil spill would mean that the oil could remain in the ice for decades to come. 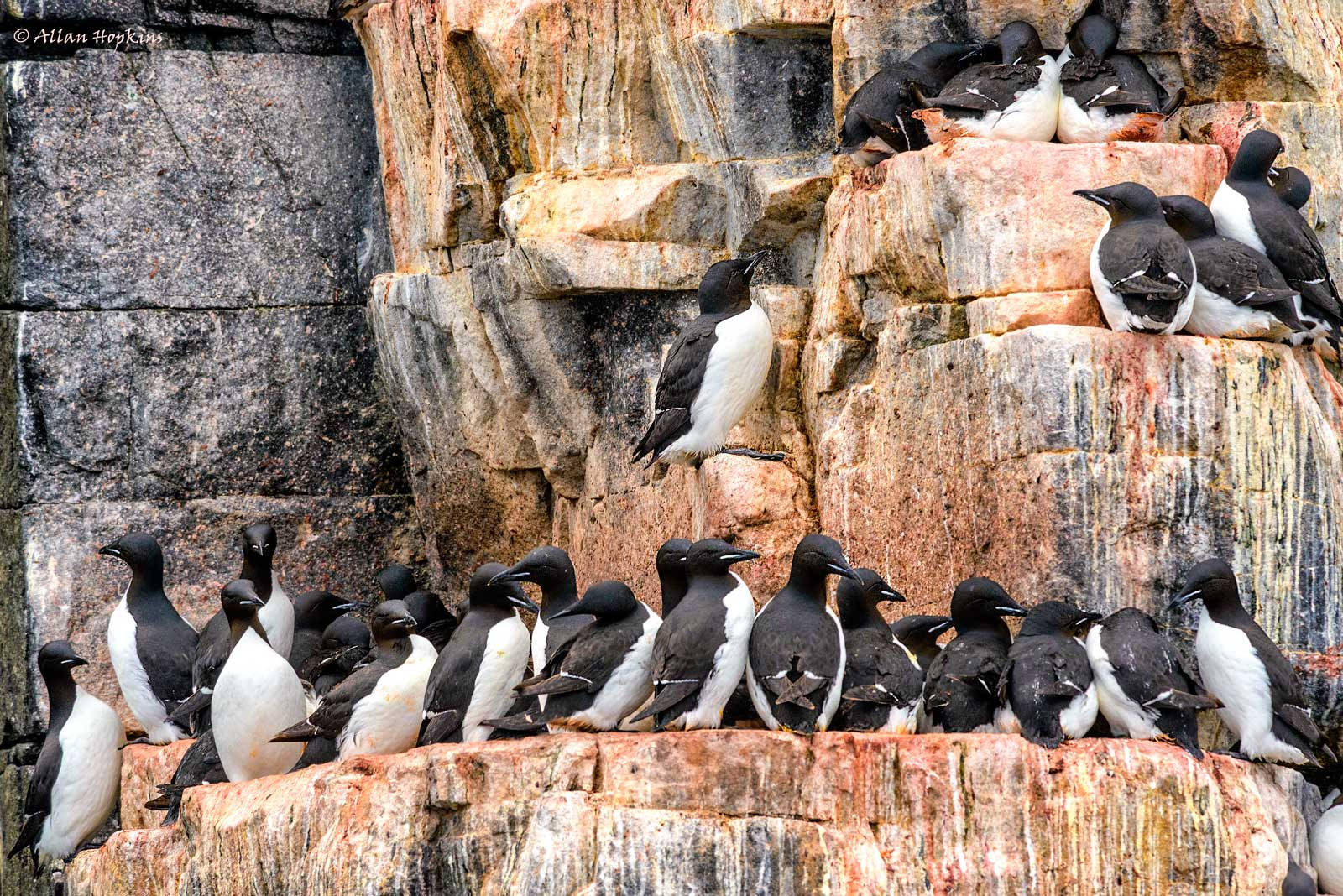 Thick-billed Murre come together to breed in Svalbard, Norway. Nevalainen’s study so far suggests that birds are most likely to die of an oil spill as compared to other animals. © AllanHopkins I Flickr

Yet, researchers don’t know how vulnerable Arctic species would be to a spill, and which species would be affected more than others. Nevalainen, as part of her study at IIASA will come up with an index-based approach for estimating the vulnerability (an animal’s probability of coming into contact with oil) and sensitivity (probability of dying because of oiling) of key Arctic functional groups of similar species in the face of an oil spill.

“The way a species uses ice will affect what will happen to them if an oil spill were to happen,” says Nevalainen. Moreover, oil tends to concentrate in the openings in ice and this is where many species like to live, she adds.

During the summer season, some islands in the region become breeding grounds for birds and other marine species both from within the Arctic and those that travel thousands of miles from other parts of the world. If these species or their young are exposed to an oil spill, then it could not only result in large-scale deaths but also affect the reproductive capabilities of those that survive. This could translate in to a sizeable impact on the world population of the affected species. Polar bears, for example, have, on an average two cubs every three years. This is a very low fertility rate – so, even if one polar bear is killed, the loss can be significant for the total population. Fish on the other hand are very efficient and lay eggs year round. Even if all their eggs at a particular time were destroyed, it would most likely not affect their overall population. However, if their breeding ground is destroyed then it can have a major impact on the total population depending on their ability and willingness to relocate to a new area to lay eggs, explains Nevalainen.

Due to lack of sufficient data on the number of species in the region as well as that on migratory population, it is difficult to predict future scenarios in case of an accident, she adds. “Depending on the extent of the spill and the ecosystem in the nearing areas, a spill can lead to anything from an unfortunate incident to a terrible disaster,” says Nevalainen. 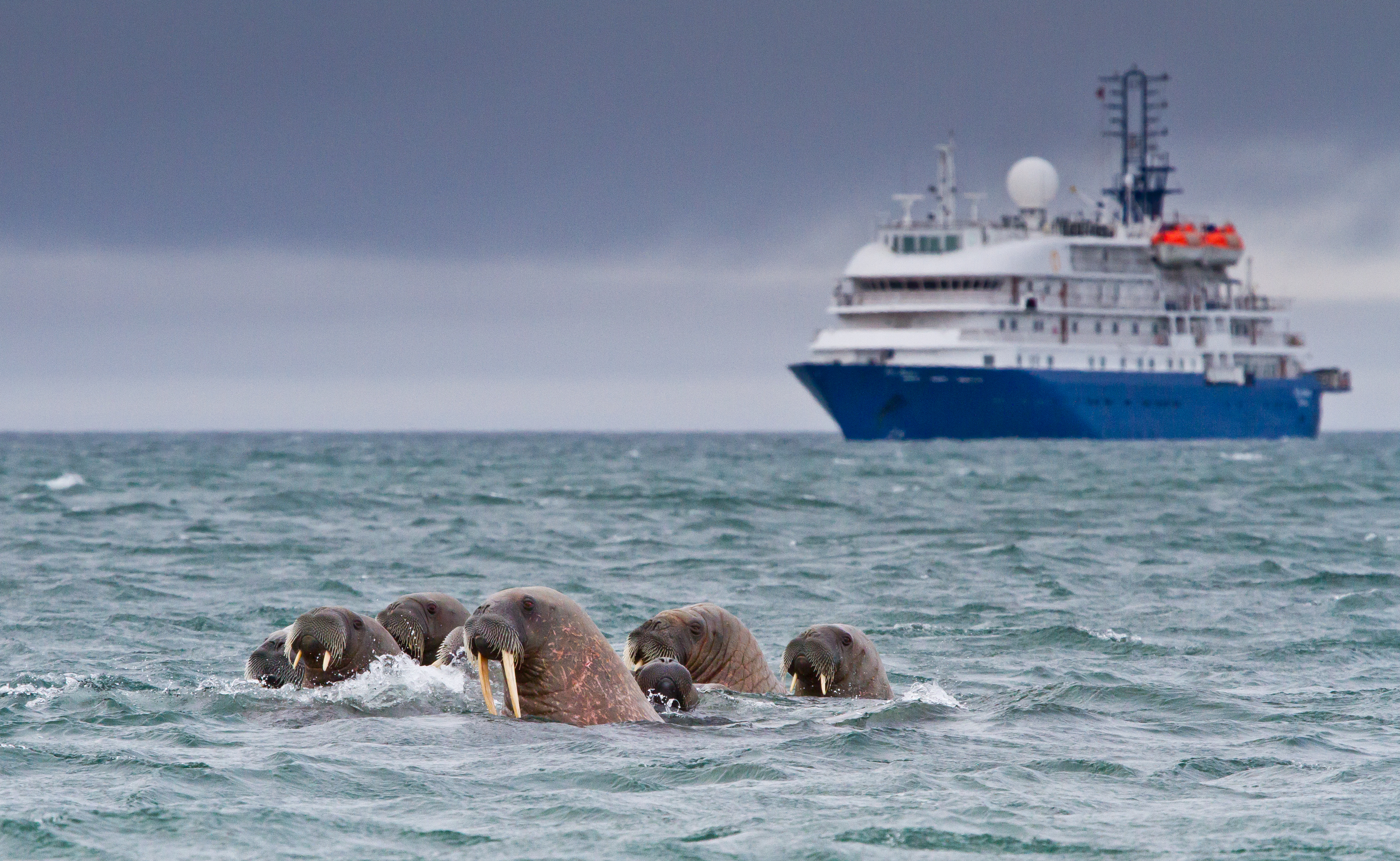 It might even affect the food chain, at a local or global level. “If oil sinks to the seafloor, some species run the risk of dying or migrating due to destroyed habitat – an example being walruses as they merely dive to get food from the sea floor,” adds Nevalainen. As the walrus is a key species in the food web, this has a high probability of upsetting the food chain.

When the final results of her study come through, Nevalainen aims to compare different regions of the Arctic and the probability of damage in these areas, as well as potential solutions to protect the ecosystem. This would include several factors. One of them could be breeding patterns – spring, for instance, is when certain areas need to be cordoned off for shipping activities, as most animals breed during this time.

“At the moment there are no mechanisms to deal with an oil spill in the Arctics. I hope that it never happens. The Arctic ecosystem is very delicate and it won’t take too much to disturb it, and the consequences can be huge, globally,” warns Nevalainen.

Maisa Nevalainen is a third- year PhD student at the University of Helsinki, Finland. Her main focus is on environmental impacts caused by Arctic oil spills, while her main research interests include marine environment, and environmental impacts of oil spills among others. Nevalainen is working with the Arctic Futures Initiative at IIASA over the summer, with Professor Brian Fath as her supervisor and Mia Landauer and Wei Liu as her co-supervisors.