Interview: Science through the language of art

Gloria Benedikt was born to dance. She started at the age of three and since the age of 12 she has been training every day—applying the laws of physics to the body. But with a degree in government and an interest in current affairs, Benedikt now builds bridges between these fields to make a difference, as IIASA’s first science and art associate. 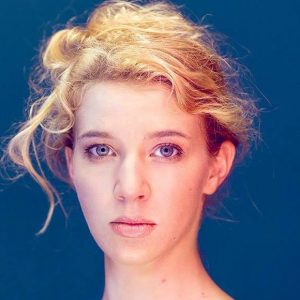 When and how did you start to connect dance to broader societal questions?
The tipping point was when I was working in the library as an undergraduate student at Harvard University. I had to go to the theater for a performance, and thought to myself: I wish I could stay here, because there is more creativity involved in writing a paper than in going on stage executing the choreography of an abstract ballet. I realized that I had to get out of ballet company life and try to create work that establishes the missing link between ballet and the real world.

To follow my academic interest, I could write papers, but I had another language that I could use—dance—and I knew that there is a lot of power in this language. So I started choreographing papers that I wrote and rather than publishing them in journals, I performed them. The first work was called Growth, a duet illustrating how our actions on one side of the world impact the other side. As dancers we need to concentrate and listen to each other, take intelligent risks and not let go. If one of us lets go, we would both fall on our faces.

What motivated you make this career change?
We as contemporary artists have to redefine our roles. In recent decades we became very specialized, which is great, but we lost our connection to society. Now it’s time to bring art back into society, where it can create an impact. I am not a scientist. I don’t know exactly how the data is produced, but I can see the results, make sense of it and connect it to the things that I am specialized in.

How did you get involved with IIASA?
I first started interdisciplinary thinking with the economist Tomáš Sedláček who I met at the European Culture Forum 2013. A year later I had a public debate with Tomáš and the composer Merlijn Twaalfhoven in Vienna. Pavel Kabat, IIASA Director General and CEO, attended this and invited me to come to IIASA.

What have you done at IIASA so far?
For the first year at IIASA I created a variety of works to reach out to scientists and policymakers and with every work I went a step further. This year, for the first time I tried to integrate the two groups by actively involving scientists in the creation process. The result, COURAGE, an interdisciplinary performance debate will premiere at the European Forum Alpbach 2016. In September, I will co-direct a new project called Citizen Artist Incubator at IIASA, for performing artists who aim to apply artistic innovation to real-world problems. 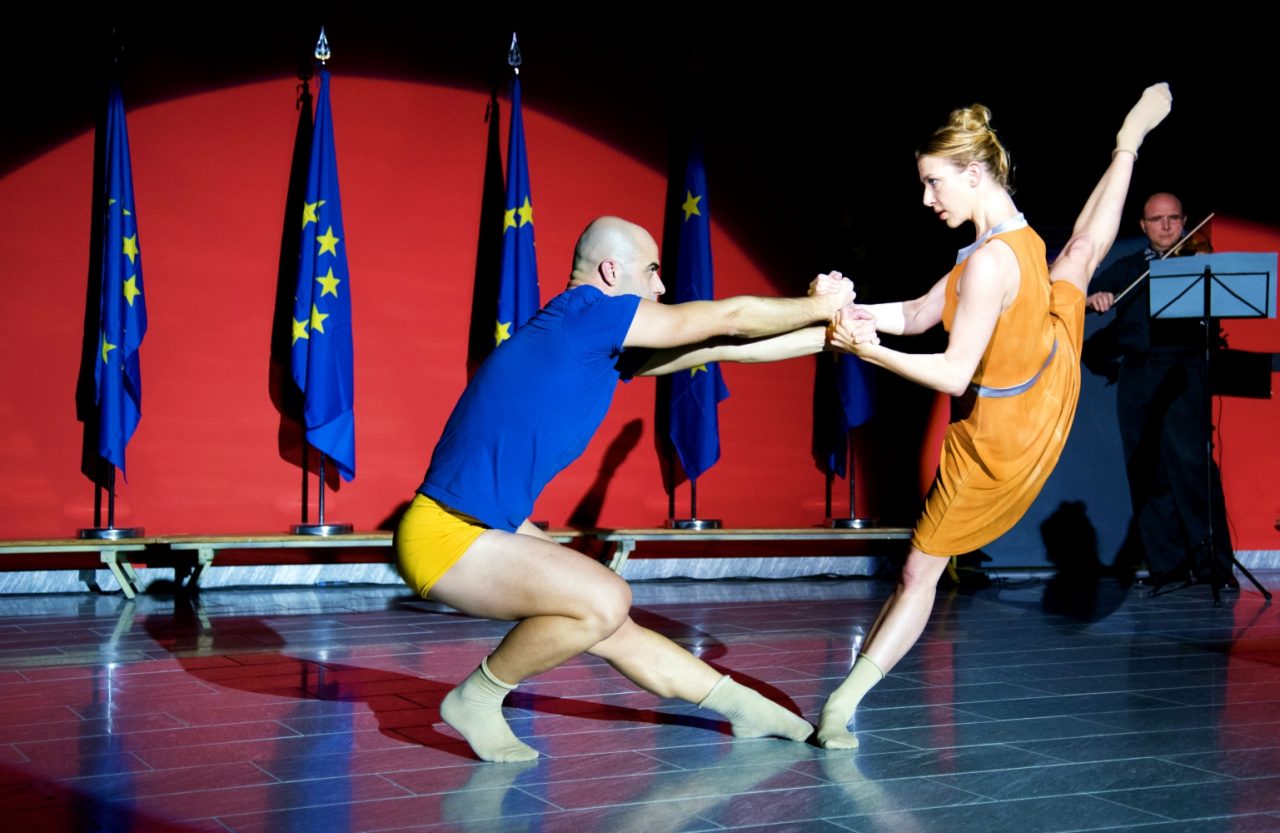 Gloria and Mimmo Miccolis performing Enlightenment 2.0 at the EU-JRC. The piece was specifically created for policymakers. It combined text, dance, and music, and reflected on art, science, climate change, migration and the role of Europe in it. © Ino Lucia

How do scientists react to your work?
The response to my performances at the European Forum Alpbach 2015 and the European Commission’s Joint Research Centre (EU-JRC) was extremely positive. It was amazing to see how people reacted—some even in tears. Afterwards they said that they didn’t understand what I was trying to say for the past two days, but the moment that they saw the piece, they got it. Of course people are skeptical at first—if they were not, I will not be able to make a difference. 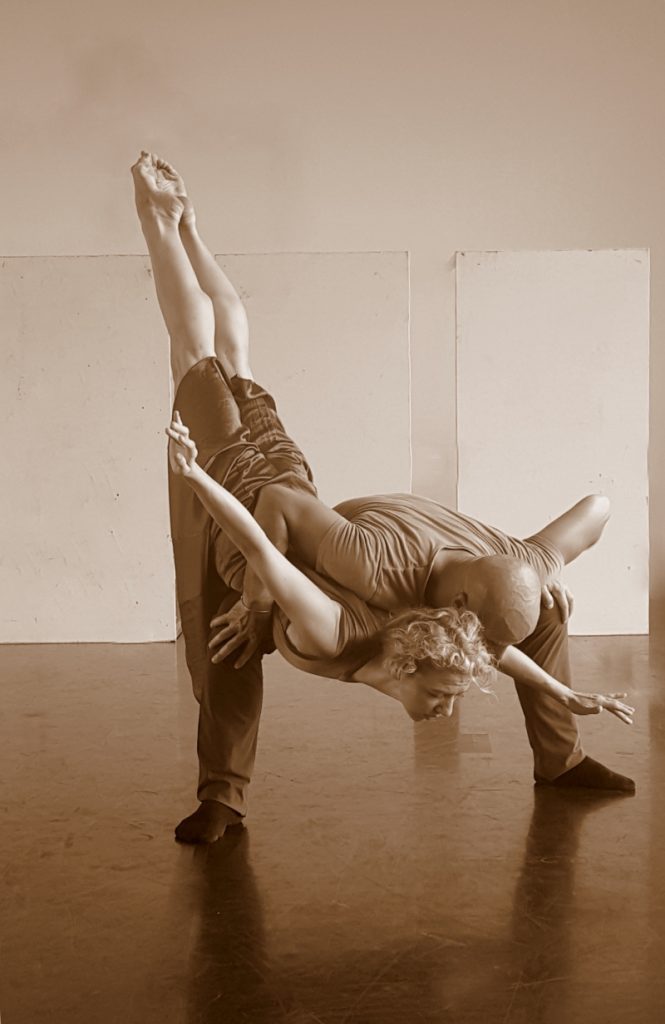 Gloria and Mimmo Miccolis rehearsing at Festspielhaus St. Pölten for COURAGE which will premiere at the European Forum Alpbach 2016.

What are you trying to achieve?
I’m trying to figure out how to connect the knowledge of art and science so that we can tackle the problems we face more efficiently. There are multiple dimensions to it. One is trying to figure out how we can communicate science better. Can we appeal to reason and emotion at the same time to win over hearts and minds?
As dancers we can physically illustrate scientific findings. For instance, in order to perform certain complicated movements, timing is extremely critical. The same goes for implementation of the Sustainable Development Goals.

Are you planning on doing research of your own?
At the moment I am trying something, evaluating the results, and seeing what can be improved, so in a way that is a type of research. For instance, some preliminary results came from the creation of COURAGE. We found that if we as scientists and artists want to work together, both parties will have to compromise, operate beyond our comfort zones, trust each other, and above all keep our audience at heart. That is exactly what we expect humanity to do when tackling global challenges. We have to be team players. It’s like putting a performance on stage. Everyone has to work together.

More information about Gloria Benedikt:
Benedikt trained at the Vienna state Opera Ballet School, and has a Bachelor’s degree in Liberal Arts from Harvard University, where she also danced for the Jose Mateo Ballet Theater. Her latest works created at IIASA will be performed at the European Forum Alpbach 2016 as well as the International Conference on Sustainable Development in New York.

www.gloriabenedikt.com
Fulfilling the Enlightenment dream: Arts and science complementing each other